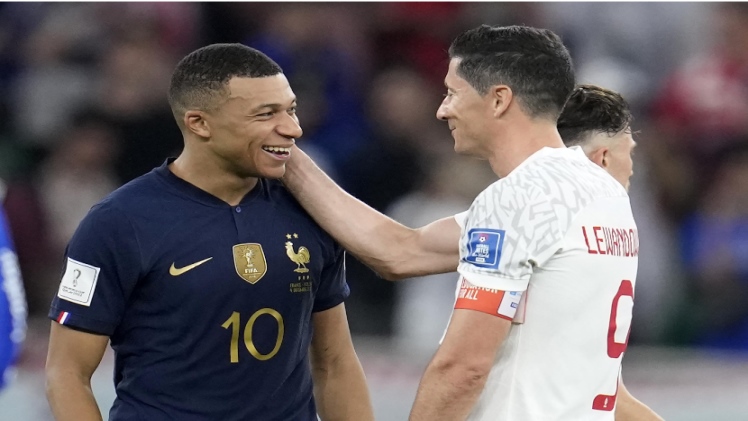 France qualifies for the FIFA World Cup 2022 quarterfinals after clinching a 3-1 victory over Poland. Deschamps’ champs next face England on December 11, 2022, at 12:30 a.m. IST at Al Bayt Stadium. However, that is what is gathering eyeballs all over the world. It is Mbappe’s first media appearance since winning the Player of the Match award for his performance against Poland.

Following France forward’s double net, one could correctly say that it was well deserved. His opener came in the 74th minute, and the second successful shot happened in the extra time after 90 minutes. Giroud had previously done the job in the 44th minute of the event. With two goals in the Round of 16 match, Mbappe has increased his total to five, putting him in first place in the race for the Golden Boot.

Mbappe won Player of the Match for his earlier games as well, but avoided media interactions. This action got the French federation into trouble as it attracted a fine from FIFA. According to the rules, it is mandatory for players to participate in media interactions after winning the title.

In the same wave of sentiments, Mbappe went on to say that this edition of the FIFA World Cup was his obsession.

Mbappe said that he is in the tournament only to win the trophy. He added that he has built his season around this competition by being physically and mentally ready. Mbappe signed off from the media interaction, saying that the team is still far from achieving its objective.

France went to face Poland with a 4-2-3-1 formation, with Giroud leading the strike. He started the scoring for the team, which was followed by two goals from Mbappe, who was named Player of the Match once during the FIFA World Cup 2022 pool stage against Australia and Denmark.

England is energized after their 3-0 victory over Senegal. Three players, Henderson, Kane, and Saka, each scored one goal. England appears to be leading the charge against France, while France relies on Mbappe to maintain his momentum as other team members assist him.